We are truly honoured of the long-lasting collaboration between our Group and the Museum of the Genoa Lighthouse “La Lanterna”. We have offered our support to this important monument for Genoa over the years and are proud of its management by PHAROS light for Heritage, a creative cultural enterprise.

Since 2017, we have been part of the “Insieme per la Lanterna” (Together for the Lighthouse) project, seeking to enhance Genoa’s symbolic monument, because this is our home, our territory, a city to which we owe a lot and on which we continue to invest, not only in terms of business but also from a cultural and social perspective. 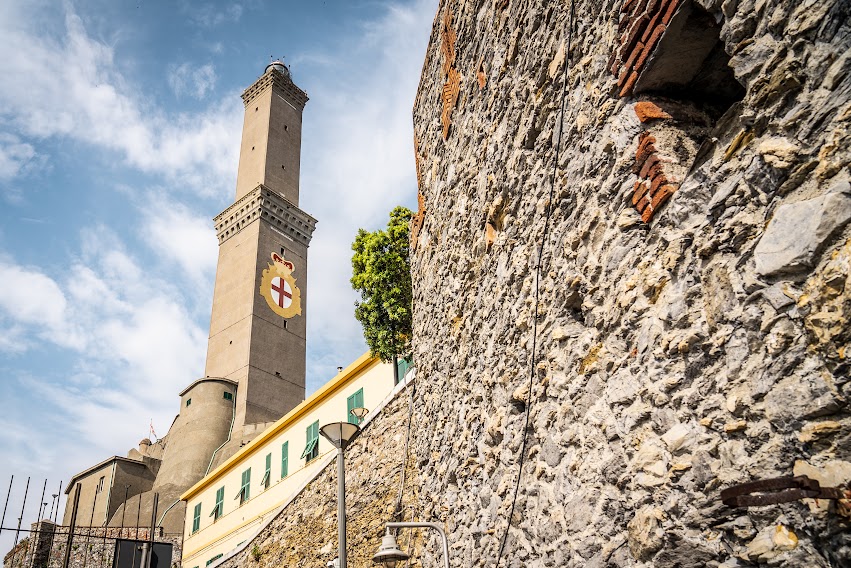 The “Lanterna” of Genoa is the highest lighthouse in the Mediterranean, second in Europe. The current construction dates back to 1543, but a tower with a similar structure existed since the twelfth century. It was built as a watchtower to announce the arrival of suspicious vessels and over time also became a lighthouse: faggots of wood were burned on the top to signal access to the port to sailors.

From the sixteenth century to present day, the “Lanterna” has survived, without serious consequences, the naval bombardment of King Louis XIV at the end of the seventeenth century, the 1746 battles after the Portoria revolt, the Second World War bombardments, and countless episodes of bad weather (until provided with a lightning protection system in 1778).

The 20-km-long wall of the “Lanterna” is the longest in Europe and second in the world, in length, only to the Chinese Wall.

Rolli Days is the event with which Genoa, twice a year, celebrates its “Palazzi”, a UNESCO World Heritage Site since 2006. The Finsea Group, with great pride, has been a partner of the City of Genoa since 2019. It plays an active role in promoting the event and turning it into an opportunity to meet customers from outside Genoa.

Acting as event ambassadors, we encourage people to enjoy the unique and privileged experience of visiting the residences of the Republican era. Today, the majority are privately owned and so are only accessible during the now acclaimed Rolli Days.

What are the Rolli? They are lists. But what these lists describe, in an extremely simple way, are dwellings that are each worth as much as some of the most prized European palaces, in terms of frescoes, prestige and art collections. This network of palaces is the tangible sign of the success achieved by Genoa in what has been called the “siglo del los genoveses”. The Century of the Genoese.

The Genoese are people of the sea, in our veins run poetry, melancholy and determination. These are the distinctive features of port-cities – crossroads of people and goods, places of exotic tales.

Sea Story Festival is a summer festival that brings all this on stage, for the Genoese and many more: stories, music and theatre in one of the city’s most fascinating locations, the Isola delle Chiatte at Porto Antico.

Ever since this event was conceived by Igor Chierci, our Group has been a partner of the event and contributes to disseminating port-related culture, the values of Genoa and of all its people.